Three cheers for Italy, which has provided the location for many spectacular Toto Tours over the decades! Perhaps none is more dramatic than the Amalfi Coast and the Island of Capri. Our adventure begins and ends in Naples, visiting the fabled ruins of Pompeii and Herculaneum, plus the crater of Mt. Vesuvius. Then we’re off to the Amalfi Coast – the gorgeous 35-mile stretch of the Tyrrhenian seashore south of Naples characterized by steep, rocky hillsides plunging dramatically into the sea. Precariously perched on these hills are charming towns which have retained their centuries-old charm. Across the water lies the Isle of Capri. It is renowned as one of the most romantic destinations in the world, with legends of Sirens enchanting seafarers, of ancient Roman orgies, of stunning sea-views, of 1950s celebrities and artists. A bravura extravaganza from beginning to end, don’t miss this encore performance!

This is a travel day, with tour services beginning tomorrow in Naples, Italy. Book a flight from your home city to the Naples International Airport. Use the airport code NAP when searching for flights online. Please time your arrival by 4:00 pm so that you may participate in our Welcome Dinner. If you are not able to arrive by that time, we suggest you plan to depart a day early, on Thursday, August 30th, and arrive on August 31st. For those who wish to arrive a day early, please indicate this on your reservation form so that we can hold a room for you at our Naples hotel. (Meals Aloft) 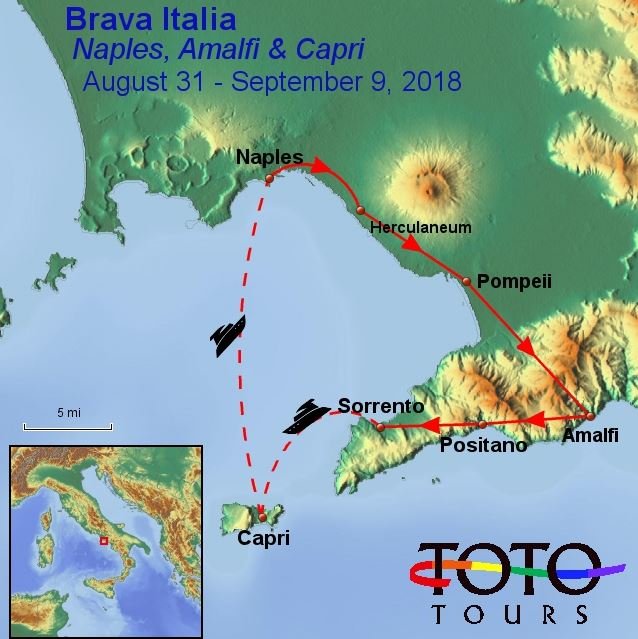 The tour commences today at our hotel in Naples. Since we are not providing group air travel arrangements to Italy, everyone is responsible for making his own way from the airport to the hotel. We will provide transportation suggestions to participants prior to departure. Upon arrival, enjoy free time to explore the hotel and its surroundings. Gather for cocktails and introductions, followed by dinner. Afterwards, you may wish to sample some of Naples’ gay nightlife. (Welcome Dinner included)

Head out of the city after breakfast toward Herculaneum, one of three towns destroyed during the eruption of Mt Vesuvius in 79 A.D. Wealthier than the better-known Pompeii, the pyroclastic material which buried it preserved organic materials such as wood, conserving many roofs and doors. Following a tour of the site, ascend Vesuvius by bus and on foot to over 4,000 feet for a view of the smoldering crater and, weather permitting, of the whole bay of Naples. Vesuvius is best known for the big eruption of 79 A.D., but it continued to erupt regularly every 100 years or so. After another deadly blast in the 1631, workers repairing the damage discovered the ruins of Pompeii, but it would be almost 300 years before excavation of the site would begin in earnest. Now it is an outdoor living museum which documents a great tragedy. Enjoy a tour of the site itself, also preserved in an excellent state, before returning to Naples for a free evening and overnight. (Breakfast)

After breakfast, our motorcoach takes us south of Naples, crossing the spectacular Monti Lattari which form the backbone of the Sorrento peninsula and Amalfi coast. On arrival at our hotel in the town of Minori, walk the scenic Sentiero dei Limoni (‘Lemon Tree Path’), passing through lemon, olive and fig groves while enjoying wonderful views of the coast. While home to several hotels and restaurants, Minori itself is considered more authentic than some of the resorts of the peninsula, combining a friendly atmosphere with a quaint old town. Following our walk, enjoy dinner in one of Minori’s restaurants. (Breakfast / Dinner)

We head onto the water this morning for a boat ride to Positano, the small town much loved by artists, writers and stars of screen and stage. Experience a completely different perspective of the Amalfi coast from the water, with striking vistas and eye-catching perspectives changing every minute. On arrival in Positano, we have plenty of time to explore the steep streets, narrow alleyways, sidewalk vendor stalls and boardwalk cafes before returning to Minori by our motorcoach. (Breakfast)

We begin after breakfast by driving up the Valle del Dragone (‘Dragon’s Valley’) to Ravello, a town perched high above the coast in a dramatic setting. Enjoy a guided tour, including visiting Villa Rufolo, built in the 13th century and home to several popes, Charles of Anjou and Richard Wagner, who found inspiration for Parsifal here. Next, we make the short journey down to the town of Amalfi itself, the world’s oldest republic. Founded in 840, the Duchy of Amalfi was an important trading nation for hundreds of years. We take a tour of its narrow streets, quaint squares and imposing Cathedral, a visible expression of the wealth and importance which Amalfi enjoyed in the past. Following some free time for shopping, strolling and gelato, we return to Minori for overnight. (Breakfast) 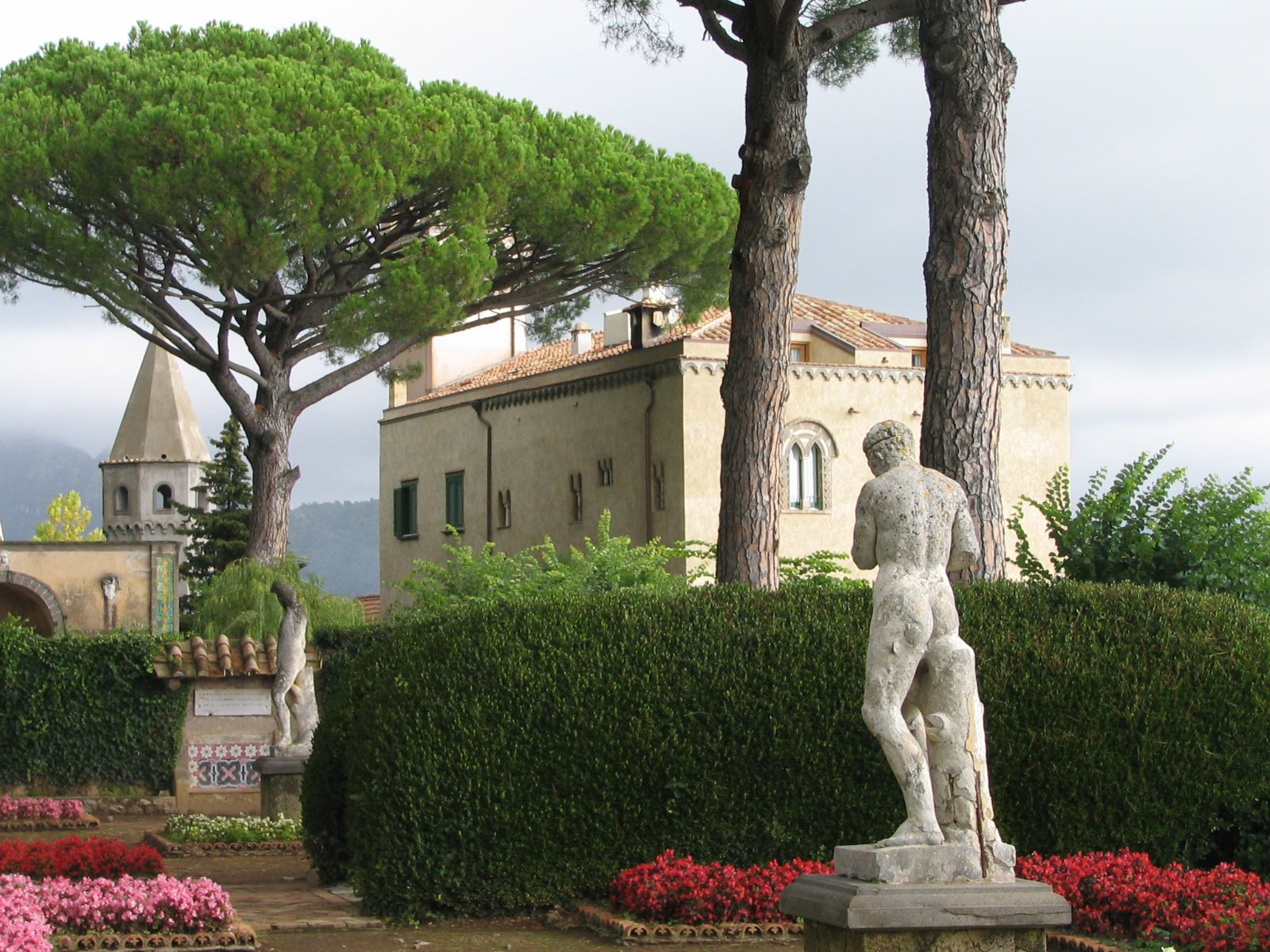 We check out of our hotel and board our motorcoach for one of the world’s most scenic drives-the Amalfitana, passing between sea and mountains on a road carved out of the sheer rock. Arrive in one of Italy’s most famous resorts, Sorrento, and enjoy a leisurely walk around the quaint streets before descending to the port for the short crossing to the Isle of Capri. Since we are staying for two nights, we experience an entirely different side of Capri. After the last day-trippers leave, a kind of exclusive peace settles over the island as those who are privileged to be staying here emerge for their evening passeggiata (leisurely evening stroll), or to sip drinks on the famous little square, the Piazzetta. On arrival, check in at our hotel and enjoy a hike around the rugged eastern end of the island before evening. (Breakfast / Dinner) 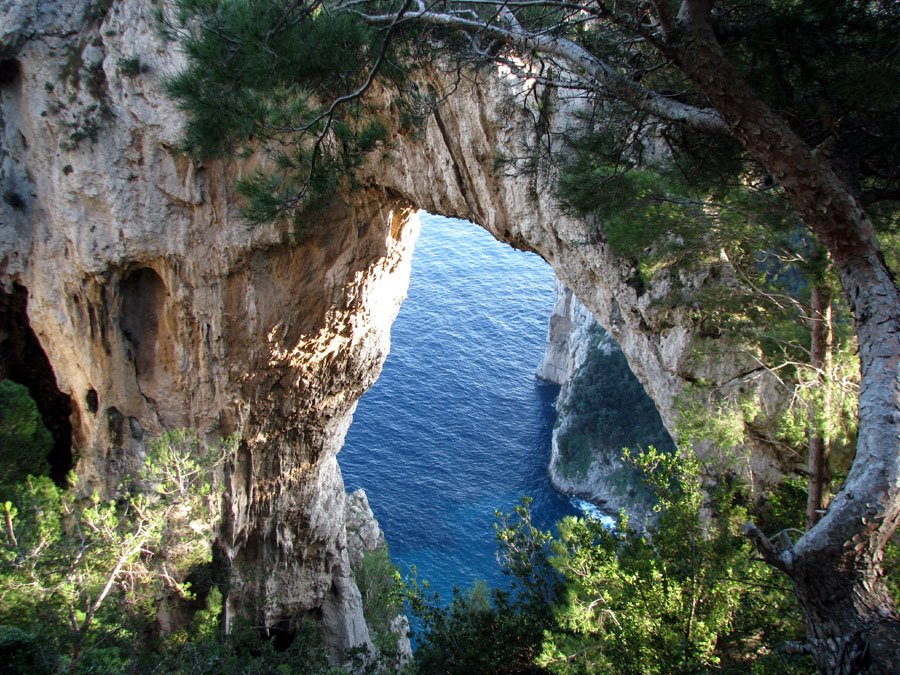 Return to the port this morning for an excursion to Capri’s most famous site, the Blue Grotto, a sea cave which is only accessible when the sea is calm. The restricted entrance leads to a much larger space which appears to glow blue thanks to light entering from a hidden source. Following our return to the port, drive up Capri’s only main road to the island’s second town, Anacapri, crossing the unforgettable “Mamma Mia” bridge on the way. Following some time for lunch and shopping, ascend by chairlift to Capri’s highest point, Monte Solare, for an unforgettable panorama of the island and beyond. We return to our hotel for the evening. (Breakfast) 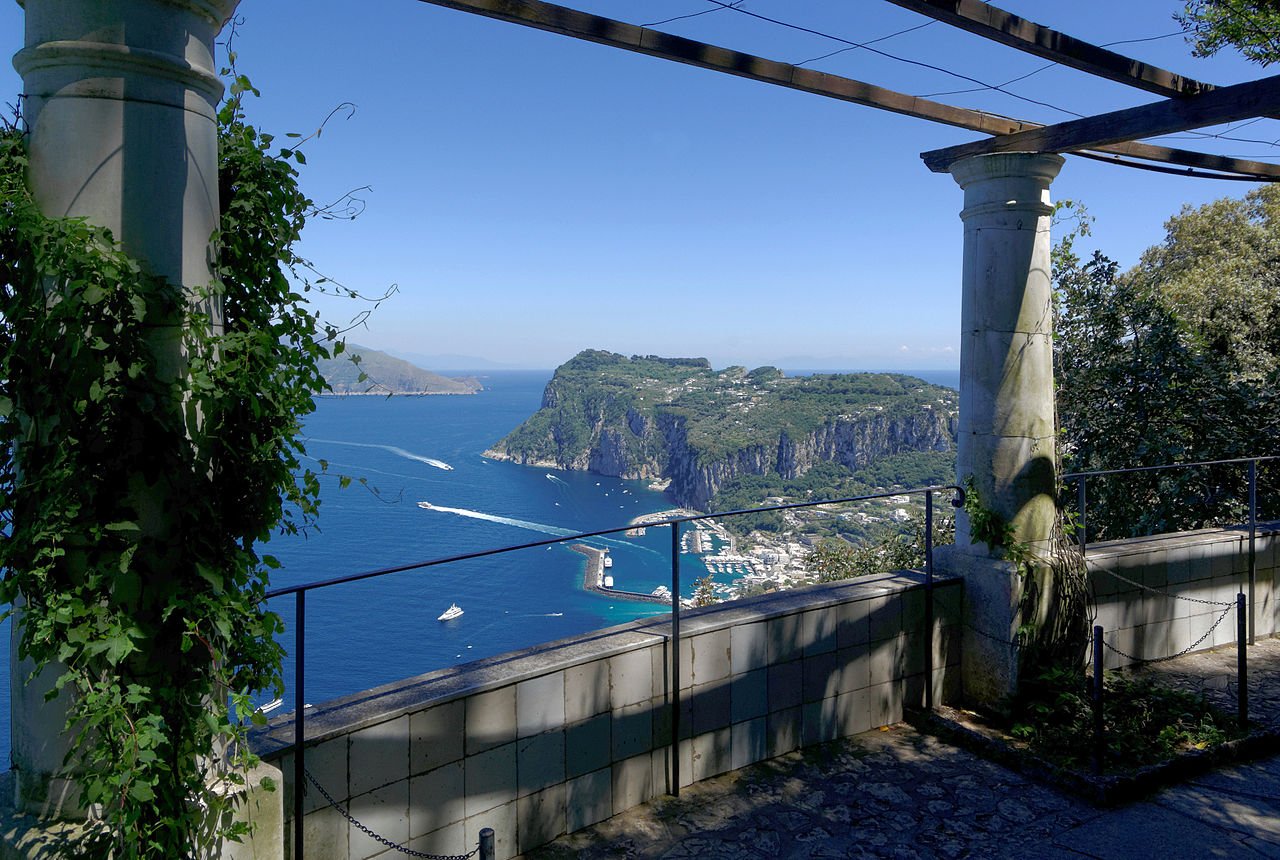 After breakfast, we head back to Marina Grande for the boat ride to Naples, arriving around lunchtime. Enjoy a free afternoon in this most interesting of cities, where Italian culture is at its most vibrant and visible. Naples boasts two of Italy’s best museums, the National Archaeological Museum, where many finds from Pompeii are kept, and the Capodimonte, with a fantastic collection of paintings and impressive royal apartments. In addition, an assortment of historic churches, palaces and other museums combine with Naples’ street life in a unique and heady mixture. We reconvene for a farewell cocktail, followed by dinner in a local restaurant. (Breakfast / Dinner) 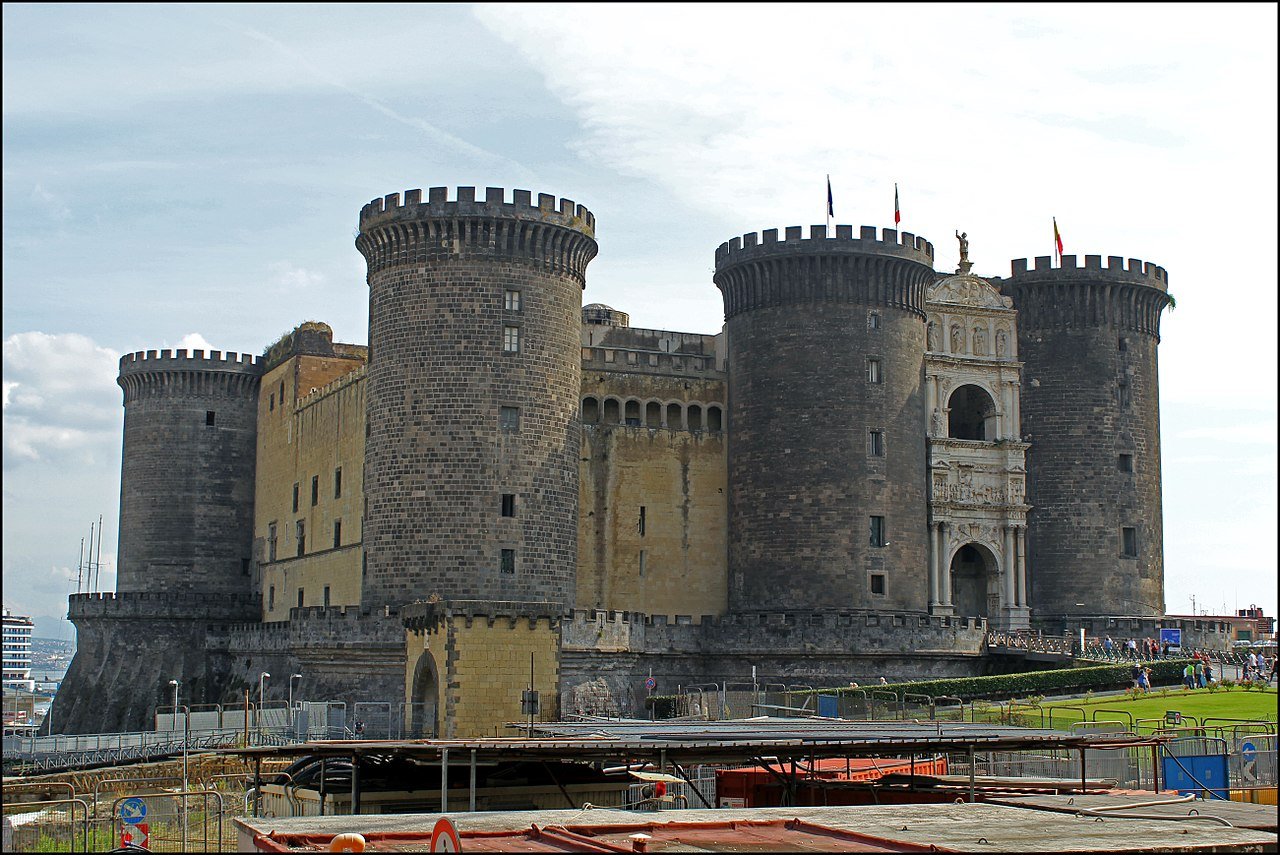 The tour officially ends after breakfast this morning. We will assist with scheduling a taxi transfer timed for your departing flight. If you wish to extend your stay in Naples, please let us know on your reservation form so that we can keep your room available for another night. (Breakfast) 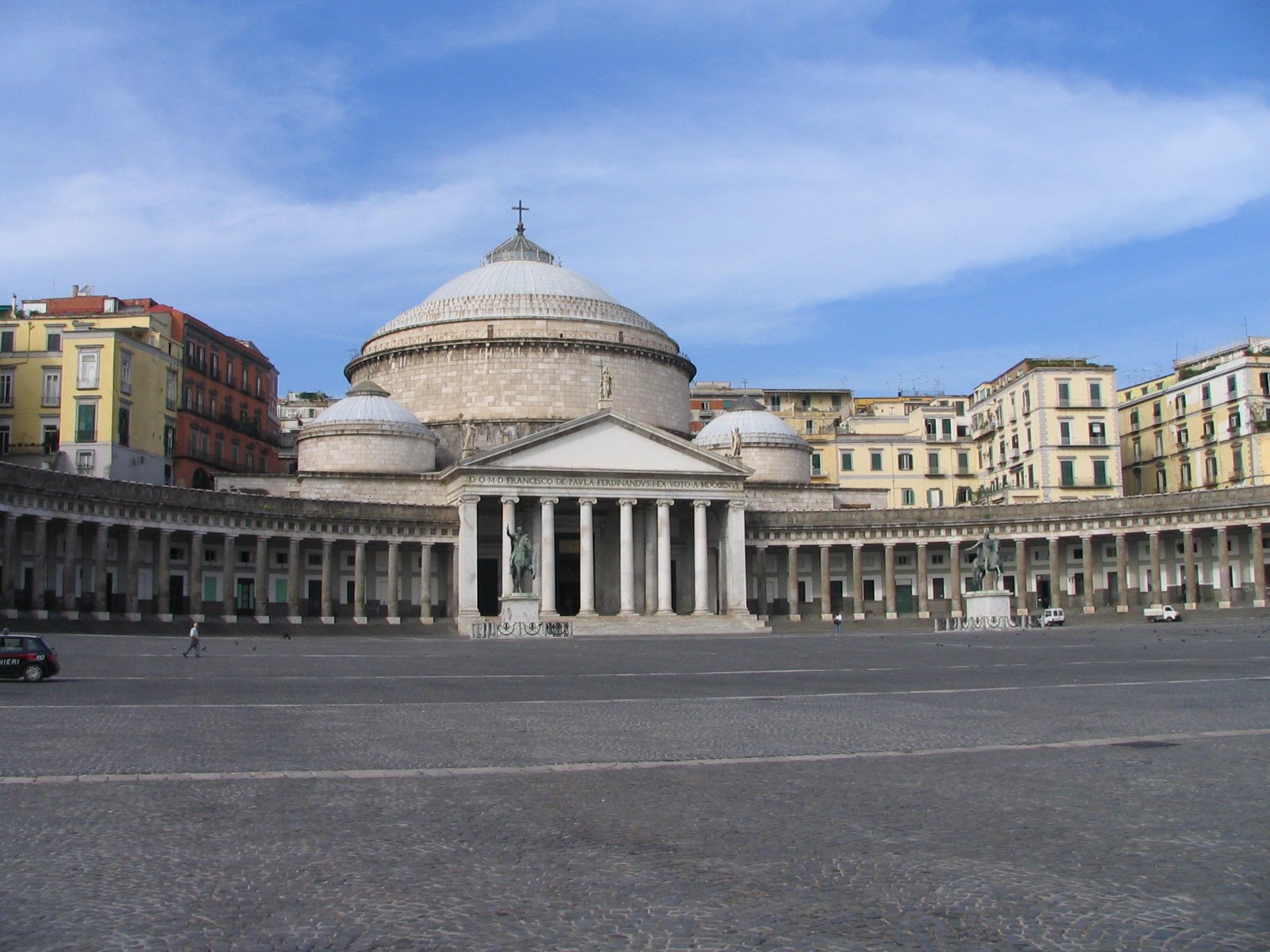