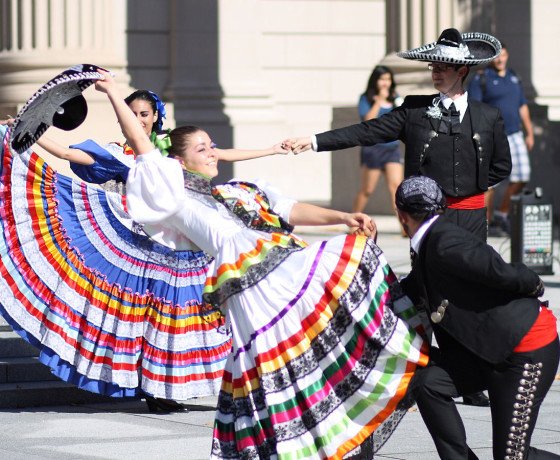 Mexico is a magical place where old traditions and modernity live together with all its contradictions. In the bustling capital city, plunge into the chaotically alive environment of one of the world’s largest metropolis, home to nearly 25 million people. For every bustling urban metropolis, there are countless quiet villages and towns that have stood for centuries seemingly untouched by time. Almost 500 years later, the impact of Spanish conquistador Hernán Cortés’ arrival on Mexico’s shores can be seen in the tall, ornate churches that crown the hillsides and plazas of the country’s cities and the whitewashed walls of haciendas. But traces of much earlier inhabitants remain in some remarkable ancient temples and pyramids, and in the long-standing traditions of dozens of indigenous cultures.

At the ruins of Teotihuacan, ponder the mysteries of the past and marvel at the ingenuity required to build such monumental structures before the age of modern technology.

Arrange your flight to arrive in Mexico City by mid-afternoon today. The main airport is the Benito Juarez Airport, so you use the airport code MEX when searching for flights. Most international flights will arrive at Terminal 1. Upon arrival, collect your luggage, go through customs and look for a driver holding up a Toto Tours sign. You will be transferred to our centrally located hotel, and you will have free time until our group meets in the early evening. We begin with welcome drinks at the rooftop bar of the Gran Hotel on the Zocalo and enjoy a brief presentation by our guide about Mexican City history and culture. From there we take a five-minute stroll to restaurant Azul Historico for our Welcome Dinner. After dinner we continue our stroll along a delightful pedestrian mall filled with entertainers, through the famous House of Tiles, past important museums, ending back at our hotel. Overnight in Mexico City. (Dinner included)

This morning travel about 30 miles northeast of the city to tour Teotihuacan, the largest (almost 7 square miles) and most impressive trading and religious center of ancient America. The Pyramid of the Sun, the tallest in Mexico, is 216 ft. high and covers approximately 10 acres at the base. Other impressive structures include the Pyramid of the Moon; the Citadel containing the Temple of Quetzalcoatl, so named for its carvings of feathered serpents; and the Quetzalpapalotl Palace. Returning to the hotel in the afternoon, stop to see the Basilica of Our Lady of Guadalupe, one of the most visited Catholic shrines in the world. During our free time this afternoon, check out the markets which are a short walk from our hotel, or some of the nearby museums. Overnight in Mexico City. (Breakfast / Lunch)

We begin the day traveling to Coyoacan to visit Frida Kahlo’s home and the Diego Rivera Museum. Coyoacan is an attractive area of upscale shops, coffee houses and bars. Continue to the Saturday Market in San Angel, to shop and have lunch. Next we visit Xochimilco for a late afternoon of music and drinks, perhaps enjoying sunset to the accompaniment of Mariachi bands. Return to our hotel for a final night in Mexico City. (Breakfast / Lunch)

After an early breakfast, we check out of our hotel rooms and load our luggage on to our motorcoach. We drive to the Palace of Fine Arts to see the 9:30 am show by the Ballet Folklorico, the internationally famous dance company. Afterwards, we drive to Puebla, located about 85 miles southeast of Mexico City. This beautiful colonial city, built in 1532, is one of the oldest European settlements in Latin America. The city is also a shopper’s dream, known for such handicrafts as ceramics, glassware, and pottery. Upon arrival, enjoy lunch and then we will check into our hotel. The rest of the day is free to explore the old town on your own. Overnight in Puebla. (Breakfast / Lunch)

After breakfast, we check out of the hotel early and tour the main sights in Puebla, before driving west to Cuernavaca. Nicknamed the “City of Eternal Spring”, Cuernavaca has long been a favorite escape for Mexico City residents and foreign visitors because of its warm, stable climate and abundant vegetation. Aztec emperors had summer residences there, and today many famous people as well as Mexico City residents maintain homes here. Upon arrival, enjoy a later lunch, followed by afternoon check-in at our hotel and a free evening. Overnight in Cuernavaca. (Breakfast / Lunch)

This morning, enjoy a full-day sightseeing tour of the city’s main sites, which we only glimpsed yesterday. We visit the Robert Brady Museum, the number one site for gay tourism in the city of Cuernavaca. We also visit the Palace of Cortes, Cuernavaca Cathedral, State Government Palace, and the Juárez and Morelos Gardens (or the Chapultepec Ecological Park). During our tour, we will allow free time for you to buy lunch (on your own). The evening is free. Overnight in Cuernavaca. (Breakfast)

After another leisurely morning, we drive to Taxco, stopping along the way to visit The Ruins of Xochicalco, a UNESCO World Heritage Site. Mayan traders founded it in 650 AD, along several of the major Mesoamerican trade routes. Xochicalco has finely crafted sculptured reliefs (most notably on the Temple of the Feathered Serpent), several step-pyramid temples, palaces, ballcourts, sweat-baths, an unusual row of circular altars, and a cave with a carved stairway, and some free-standing sculptured stelae. In the afternoon, we continue on to Taxco, stopping for lunch along the way – perhaps at Café Theodora in Miacatlan. The evening will be free to explore the lovely Colonial City of Taxco. Overnight in Taxco. (Breakfast / Lunch)

After breakfast at the hotel, enjoy a half-day sightseeing tour. All sights are within walking distance of the hotel. Chief among them are Museo Casa de Las Lagrimas, Casa Figueroa, the Casa Humbolt, and the Cathedral. Given its beginnings as a mining town, Taxco is known for its silversmiths, and we can see many at work, and purchase silver items at a good price. There is also a silver mine that can be visited. The afternoon and evening are free. Overnight in Taxco. (Breakfast)

We enjoy breakfast at our hotel before taking an alternate route back to Mexico City. It goes past the Caves of Cacahuamilpa, one of the largest cave systems in the world, which we will visit. Stop for lunch in Ixtapan de la Sal, a pretty resort town along the way. Returning to Mexico City, we check in to our hotel in the middle of the trendy and gay nightclub scene. The evening is free to enjoy this very lively neighborhood. Overnight in Mexico City. (Breakfast / Dinner)

Mexico City is one of the safest and most welcoming cities you will ever visit, and our hotel is situated a short walk from the Anthropological Museum, Chapultepec Park, and the Chapultepec Castle. We will sleep in a little this morning (for those who have gone out the night before), and then organize a group walk to see these important sights. Our group gathers in the evening and walks to a fantastic restaurant for our Farewell Dinner. Overnight in Mexico City. (Breakfast / Dinner)

The tour officially ends after breakfast this morning. We will organize small group transfers to the airport by public taxis (optional). We highly recommend that you consider staying one more day in Mexico City. It is magical on a Sunday, and entrance to all the world-class museums is free. Please let us know on your reservation form if you would like us to keep your room reservation for another night. (Breakfast)

After breakfast, we drive from Hanoi to Tuan Chau Marina Port, where we board our Paradise Luxury Halong Bay cruise boat for an overnight stay in the serene beauty of this famous natural landmark. A welcome drink is followed by a safety briefing and cabin check-in. We depart begin our cruise on Halong Bay as a Vietnamese buffet lunch is served. Arrive at Surprise Cave (Hang Sung Sot) to explore this most famous grotto in the bay. After enjoying some free time to go exploring, return to the ship and we continue cruising while enjoying a cooking demonstration to learn about Vietnamese cuisine. At Titop beach, hike up 400 steps up to the peak of the island for a spectacular panoramic view, or you may prefer to kayak (not included) or go swimming at one of the most beautiful beaches in Halong Bay. Enjoy a five course dinner, followed by a relaxing evening aboard one of the most luxurious boats on the bay. You can enjoy movie night, board games, or spa services. Overnight in a deluxe cabin. (All Meals)

Experience a tai chi session on the sundeck early this morning, or sit on deck and enjoy the view while enjoying tea, coffee and pastries for a light breakfast. Explore Luon by local rowboat or explore on your own by kayak (not included). Cruising back to port, enjoy a full buffet breakfast and the check out of your cabin. We drive back to Hanoi for sightseeing in the Old Quarter, one of Vietnam’s most lively and unusual places with over a thousand years of history. We walk through the maze of back streets where there are endless things to see. We check in to our hotel for a free evening. Overnight in Hanoi. (Breakfast / Lunch)

Although it is the modern-day capital of Vietnam, Hanoi still retains the mystery and charm of past centuries. Begin your day visiting the Ho Chi Minh Mausoleum, followed by the simple two-rooms of Ho Chi Minh’s Stilt House, where he spent his final years. We explore the vast park-like setting of Ho Chi Minh Memorial Complex, including the One Pillar Pagoda and the Temple of Literature, a peaceful series of walled courtyards and graceful gateways. Finally, visit the Museum of Ethnology which brings to life the astonishing ethnic diversity in Vietnam, with art and artifacts from the 54 different ethnic groups that inhabit the country.

After a break for lunch, we make an afternoon visit to Hoan Kiem Lake and Ngoc Son Temple, located in heart of Hanoi, which contains an islet with the tiny Tortoise Pagoda. Enroute, we pass other colonial landmarks such as the magnificent Opera House (may be seen from the outside only) and St. Joseph’s Cathedral. In the evening, Toto Tours hosts a festive Farewell Dinner to celebrate the highlights of our Indochine journey. Overnight in Hanoi. (All Meals)

The tour officially ends after breakfast this morning. We provide your transportation from the hotel to the airport timed to meet your recommended advance check-in time. If you would like to extend your stay in Hanoi, please let us know on the reservation form so that we can keep your room available for another night.(Breakfast)