Baron Wilhelm von Gloeden was born in Germany in 1856. How could anyone know that his extraordinary life would give him a place in history as something of a gay icon among a fascinating group of friends in far off Taormina, Sicily? First, he wasn’t a Baron at all but apparently there were family rumors that in the past a relative was some kind of Mecklenburg official. He grew up to be a handsome, artistic lad from a family with a bit of money and he headed off to art school where we all know one thing can lead to another. But what is a young man with a developing taste for the beauty of other young men to do in conservative, religious Germany? The answers came from a trip to Italy where Wilhelm met his fascinating cousin, Guglielmo Pluschow, who had a studio where he was making art photographs featuring beautiful (often naked) young men!

This was the era of the Grand Tour when Europeans set off from the Northern countries to visit the great cities and monuments of antiquity. In Italy there was a market for postcards and romantic imagery of draped figures posed by a fountain or a column. Presented in the format of foreign antiquity, a bit of artistic flesh was just the thing to sell and Guglielmo’s portraits made a real impression on everyone including young Wilhelm. He continued his journey South and made his way to Sicily and in 1878, aged 22, he arrived in the sunny and gloriously picturesque town of Taormina.

Taormina was then a small fishing town with an ancient past. Rising from beautiful beaches, the views stretch out over the blue Mediterranean to a flawless silhouette of Mount Etna. Incredibly, the Mayor of Taormina was a fellow German! Otto Geleng was a very talented painter who captured the grandeur and romance of the land, sea and mountains in wonderful landscapes that are highly valued to this day. Otto and Wilhelm became good friends and within a short time Wilhelm decided to buy a house and stay in Taormina.

Wilhelm got right to work, set up a photography studio and began to seriously apply his talent toward photography. Released from the moral structures of the North he found handsome young local boys to model for him. He paid them for their work and even set up a system of reimbursement where they received additional payments as the images continued to sell over time. His images for the public were somewhat chaste and sentimental. Local scenery made the backdrop for set pieces evoking ancient Greece or Rome, and his subjects were transformed into shepherd boys, satyrs and dreamy youths populating the classical ruins. For visiting clients with more rarified tastes, the boys lost their drapery altogether and were photographed singly or in groups gazing into each other’s eyes like figures from a Greek amphora. The photographs do not depict sex acts but rely on the beauty of the young models to evoke an erotic mood. In this, you will agree, he is very successful!

Wilhelm spent most of his life surrounded by his friends in lovely Taormina interrupted only by the first World War when he and other foreigners were forced to leave for a time. Over the years thousands of his images spread to Europe and had quite a following, even including inspiring artists in America like Maxfield Parrish. There were many famous visitors who came through Taormina and purchased photographs in the studio, including royalty, wealthy industrialists, and in 1897, Oscar Wilde! Wilhelm formed a lifelong relationship with a boy named Pancrazio Bucini who became his lover at age 14, remaining with him and becoming heir to his house and huge collection of photographic plates.

This fascinating circle of friends grew larger when in 1899 a very handsome young English gentleman, Robert Kitson, inherited his father’s fortune and made his way to Taormina. He was also a well-known painter with a desire to make an escape from English moral codes that could in fact land you in prison! Kitson bought a piece of land and built a large Villa high on the hill with a beautiful view out to the sea. He called it Casa Cuseni. Imagine the wonderful life all these friends shared in beautiful Taormina. The sun, the beaches, the food, the parties, famous visitors, lovers, artists and, no doubt, any number of boys in togas!

When Kitson died he left his beautiful villa to his sister who came to Sicily to get it sold. But she came to her senses and kept the house, converting it to a B&B which is still operating today. Over the years a seemingly endless stream of famous people visited, including Ricard Strauss, DH Lawrence, Greta Garbo, Truman Capote and Tennessee Williams. The city of Taormina sponsors a museum in the villa that is open to the public for tours. The museum houses a collection related to Kitson and the astonishing world of gay friends that made Taormina a heavenly refuge from the prejudices and closed-mindedness of the outside world. This is a destination no gay traveler should miss.

Dan Gregory has worked behind the scenes researching locations for Toto Tours since 1992.

Boy with a Laurel Wreath 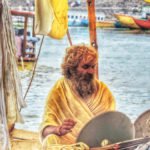 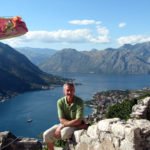