A few days ago I saw a story on Twitter about a guy who dressed up in a very realistic polar bear suit and then proceeded to attack and shred the tents of Black Friday shoppers camped against the wall of a suburban Walmart. Brilliant and completely crazy, yes. Thankfully he didn’t get shot or anything drastic, but he did look like a very sad and defeated bear as the police led him away in handcuffs. Still, I felt he spoke eloquently for all polar bears and quite a few other creatures with his stand against rampant human consumerism.

Unfortunately, being human, I cannot claim to be immune to the charm of purchased things. Not long ago I spent an evening walking around Santa Monica which has morphed over the years from a charming town into a huge outdoor upscale shopping mall. I was full of righteous disapproval until I went into the enormous Williams Sonoma store. From across a crowded room my eyes fell upon the new Wolf line of small kitchen appliances, specifically the elegantly industrial 4-slot stainless steel toaster with giant red Wolf knobs promising dark to light toasted perfection for just $399.95!

I am no stranger to this lust for things and have devised defenses. With practice one can come to see the end in the beginning. There is the glare of disapproval to be expected from my less susceptible husband Jeff. I picture my irritation when it breaks down and the box cannot be found to ship it to a repair center in Denver. I see in my mind’s eye how it will clash with yet unpurchased kitchen appliances. And worst of all I see it sitting on a plywood trestle table at some far distant yard sale. It is a sad fact that things depreciate in value over time no matter how top-of-the-line they are, or how much adoration is showered upon them at the moment of acquisition.

But lately have you noticed this great new thing where people are advocating a life rich in experiences rather than possessions? I noticed it first on those tv shows where people are building tiny houses. Like so many things it has blossomed in expensive crowded areas like San Francisco and Los Angeles. All kinds of people are simplifying their lives, scaling back, eliminating debt and mortgages so that they have more freedom to experience life! They are rejecting the accumulation of things in order to give themselves the freedom to get out and experience the wider world. I think that is fascinating and a very positive sign of change to come.

When I was young I spent several years on my own traveling in Europe, Israel and Africa. So many amazing experiences! Have you been watching the PBS series The Durrells in Corfu? I once spent several weeks there in a crumbling villa converted into a youth hostel at $1.50 per night! There was a tiny restaurant with 4 tables in the old town and the owner would pull you into the kitchen where his wife lifted lids off pots of lamb stew and stuffed green peppers. At night we sat on the balcony of our villa and watched the fireflies twinkling in a grove of ancient olives. How amazing to experience a place where nearly every detail of daily life was so utterly different and often surprisingly better!

Months later in the beautiful city of Haifa, Israel I lived for a year in a tiny apartment at the foot of Mt. Carmel. On Friday nights I would walk to a special corner in the upper town and buy a ticket to Jerusalem. They had special taxis called sheruts, long beat-up Mercedes Benz limos crammed with 4 rows of seats. In just a few hours, squeezed in with Palestinian workmen and sometimes a live chicken, driving like a bat out of hell you would emerge in front of the King David gate in Jerusalem. I would wander aimlessly through the maze of passages in the old city stopping to eat falafel, plates of humus and cups of fresh squeezed Jaffa orange juice. I spent hours looking at the dozens of sections in the Church of the Holy Sepulcher each representing a different sect of global Christianity. On other weekends I swam in the Sea of Galilee or hiked up to Masada looking out miles and miles over the Dead Sea.

I had several years of this wandering way of living ranging from equatorial Africa to the Arctic Circle in Norway. In a way it was the experiential lifestyle people are talking about today and it has flavored my entire life. Never forgetting the heavenly warmth of a Mediterranean climate, in later years I abandoned overcast Seattle for the sun drenched vineyards of the Napa Valley. My love of all things foreign nourished lifelong friendships with kindred spirits from Amsterdam, France, Brazil, Japan and Mexico (as well as the founder of Toto Tours). Exposure to the great cultures of Europe through museums, architecture, music, literature and certainly food has completely transformed my life. As so many Americans have discovered, once you have tasted real Greek yogurt, French croissant, or Italian coffee, there is no going back. The experiences of travel are transformative. That is not a cliché of marketing. It is a fundamental truth of life.

So my advice is to skip the expensive toaster (sigh) and get busy planning the next extraordinary experience out in the wide, wide world. In the immortal words of Auntie Mame “Life is a banquet, and most poor suckers are starving to death!” What are you waiting for? Dig in and eat heartily!

Dan Gregory has worked behind the scenes researching locations for Toto Tours since 1992.

Experiences shared with the ones you love are truly the best gifts at the Holiday Season. Toto Tours has adventures that are guaranteed to enrich your life. We wish you happy and safe Holidays and hope to travel with you soon!

Onepixel 1398039 Selfie in the Philippines 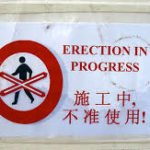 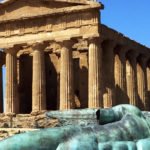 Island in the Sun – Splendors of Sicily